I am walking up the High Street in St Asaph on an unseasonably warm January evening. The final remnants of Christmas hang in shop windows. The town’s tree is already stripped bare. It stands awkwardly on the side of the street. Meanwhile, opposite, a yellow glow emanates from the inside of the Cathedral. It stands, as always, resplendent at the top of the hill. As I reach the door, I can hear Robert Guy, Artistic Director of the NEW Sinfonia Orchestra, introducing the opening piece. I pull out my phone to show my ticket and notice that I am three minutes late. As a result, I decline the kind steward’s invitation of a seat at the front, and wander to a row of seats at the back. It helps that I know the place, for it allows me to settle immediately and enjoy the final section of Tchaikovsky’s Sleeping Beauty Waltz. It receives the first of many rapturous applause’ on the night, and deservedly so. Made up of professional musicians from across North Wales and beyond, Robert and his brother, Jonathan, have assembled a talented cast whose collective sound brings the bricks of this ancient venue to life. It is no wonder that the well-dressed crowd in front of me look relaxed and fully engaged in every bit of what follows on this mild eve. 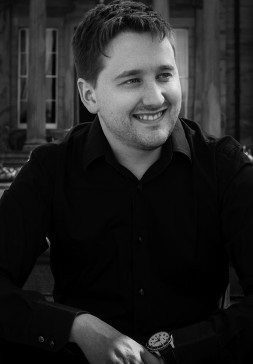 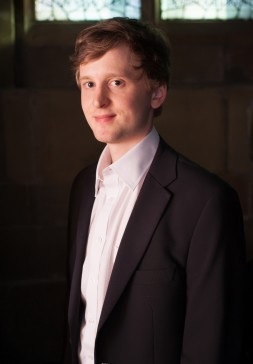 There is a rousing rendition of Strauss’ Thunder and Lightning Polka, a sprightly performance of Chit-Chat Polka, and a fascinating piece by Vittorio Monti called Czardas. However, it is a special guest appearance by Erin Rossington that particularly grabs my attention. Winner of the ‘International Voice of the Future’ at the Llangollen International Eisteddfod in 2019, the Guildhall School of Music student both looks and sounds like a future star. Dressed resplendently in a silk dress, she delivers a note-perfect performance of Porgi Amor from the Marriage of Figaro. Following that up with Waltz of My Heart, I am struck by the gentle power of her vocals. Hers is a voice that never overwhelms. Instead, it reaches out and softly touches the wooden beams that adorn the roof of the Cathedral. It is strong, but not overbearing; confident without being arrogant. It sits beautifully alongside the orchestral score. 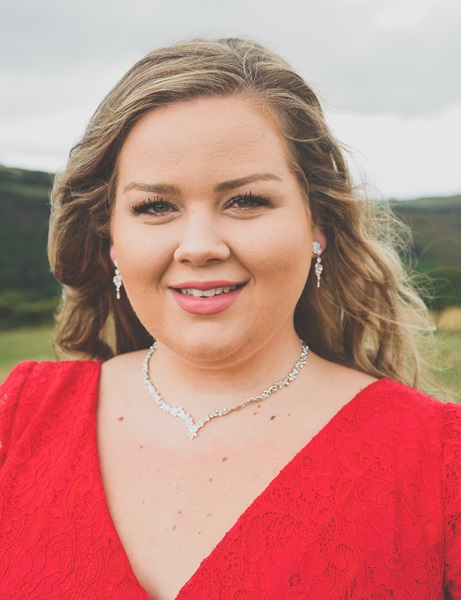 Rossington is indeed a rising talent, as is Jonathan Guy, who showcases his aptitude for composition with a new piece called Fire Dance. Coming at the start of the second half, it is an intriguing bit of music that reflects the tempestuous element of the title. The low tones of the introduction speak of danger, before a more uplifting section produces something of a magical effect that, in the final part, produces a majestic sound that captures the awful beauty to be found in flickering flames. It is a far cry from those fireside images of Christmas which are now fast being extinguished from the memory for another year. In their place, thoughts turn to those caught up in the Australian bushfires. It is fitting that an encore of Auld Lang Syne is touched with poignancy. The string section is solemn, and the audience, in unison, lend a certain pathos to the closing moments of this excellent concert. Thunderous clapping gives way to a politely crowded exit. And as I walk out into the pleasant calmness of the weather, I wonder if there could have been any better way to start the New Year? The answer, I conclude, is no.

To find out more about NEW Sinfonia, click here.